Verdun is a place full of visible and invisible reminders of the Great War. The Belgian and French Ardennes is a historical site for both world wars. In part 1 we looked back at the history of this place. Today we take you on a trip along the visible memories. An overview of some of the interesting points we visited ourselves.

On this map we added some ot the most interesting points around Verdun. In this post we will give some information about each stop. These are our personal suggestions to make a daytrip to the region. Of course, there are many other places worth seeing. The area is well supplied with information and very easy to visit by car. Depending on your own interests, you can park somewhere along the way and visit some points of interest. There are also several hikes in the region.

Start your exploration at PC du Colonel Driant. It is one of your first locations as you drive into the area from Belgium. It was also one of the first points of the attack. Only on this piece of 1 square km, 80,000 grenades or 10,000 tons (!) of explosives landed on the first day alone. Here, a small group of Colonel Driant’s ‘chasseurs’ would bravely hold back the large German army and cause them to lose precious time. This allowed the French to make quick preparations. A little further on, a monument was erected to Colonel Driant. He had predicted the attack of the German army. If only for this piece of charged history, this place worth visiting – although it is not particularly well marked.

In Boyau de Londres you can visit the old and the restored trenches. If you want, you can also leave the car here and take a short walk through the trenches to the next point Fort Douaumont.

Fort Douaumont was the largest French fort in the area. The fort was the hub of an impressive and very important logistical operation to support the French in men, ammunition and supplies. You can visit the fort with an audio guide. It is highly recommended to be able to feel the atmosphere.

The role of the fortress during the war and the of its capture is curious to say the least (source: Wikipedia):

At the beginning of World War I, the German troops had smashed the Belgian forts of Namur, Liège and Antwerp with their heavy mortars (Dikke Bertha). The French believed that the forts had had their time. And the government decided (during the war!) to dismantle all of their forts. During the German attack, Douaumont was occupied by about 60 lightly armed, almost retired, territorial soldiers. They were actually only supposed to perform maintenance on the buildings. The capture of the fort by the Germans was therefore almost non-violent. According to one of the many conquest stories, Lieutenant Eugen Radtke and his men of the 6th Company of the 24th Brandenburg Regiment were the first to penetrate the fort. Fairly quickly they were followed by Captain Haupt and his men. Radtke and Haupt soon discovered that the fort was barely manned and could not defend itself. Thereupon they took control and reported “Douaumont ist gefallen”.

This made a deep impression on both the German and French people. In Germany, church bells rang and children were given a day off from school. And in France, people were in tears. They considered the loss of the fortress a tragedy. It was. Even though not a shot had been fired in the entire conquest, the loss of Douaumont would cost thousands of French soldiers their lives.

Until the French recaptured the fortress from the Germans: On October 24, 1916, around 11:30, the French attack began. The troops advanced towards Fort Douaumont, climbed on the superstructure and penetrated the fort. But again, the fort turned out to be almost empty. A fire had broken out the day before. The Germans feared that the fire would penetrate into the ammunition supplies. They had evacuated the fortress. For the second time Fort Douaumont changed hands, almost without a shot being fired. 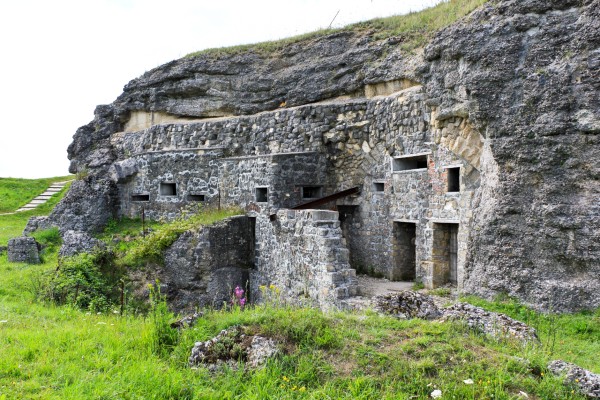 The Ossuary of Douaumont is one of the highlights of the visit with a clear reminder of the futility of war. The remains of 130,000 unidentified soldiers lay here. The first ossuary dates from 1919. It was basically a wooden box in which the victims were buried. The current monument was completed in 1932 at the instigation of the Bishop of Verdun, Monsignor Charles Ginisty. The memorial site consists of a monastery, a chapel, the tower, a shop and, of course, the famous extensive cemetery. 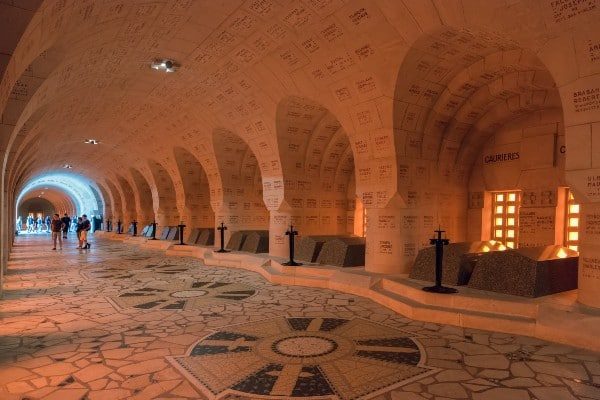 Another highlight of the visit is the Mémorial de Verdun. This memorial museum is located in the middle of the Verdun battlefield, on the site of the destroyed Fleury-devant-Douaumont station. It is one of the main European museums dedicated to the Great War. In the museum they outline the combat experiences of the various French and Duite soldiers through 2000 (often unpublished) photographs and objects. Unfortunately we were not able to visit the museum ourselves but it is still on our list of places to visit.

Prefer to stay outside? The memorial walk is very interesting and worthwhile to make. 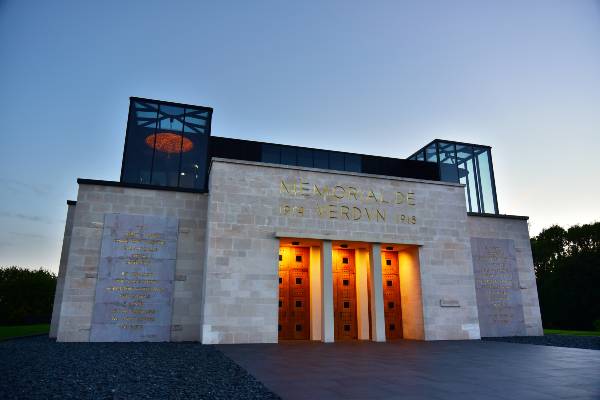 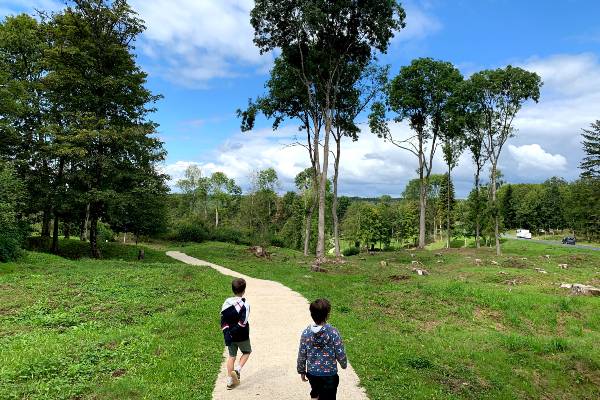 Pamart casemate Souville is an example of a smaller defense position surrounded by the distinctive hills. This concrete machine gun type “Pamart” casemate was built in 1917 to reinforce Fort de Souville. It’s an interesting point to take a short walk.

Another large and important fort at the Battle of Verdun is the Fort de Vaux. Unlike Fort Douaumont, a terrible battle took place at this fort. Even the French carrier pigeon that had been sent from the fort to the French High Command in Verdun to announce the fall of the fort died of poison gas a few minutes after its arrival.

This fort can also be visited on the inside (paying) and outside (free). 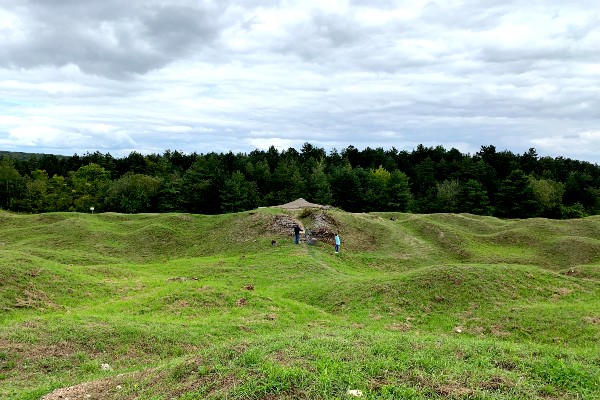 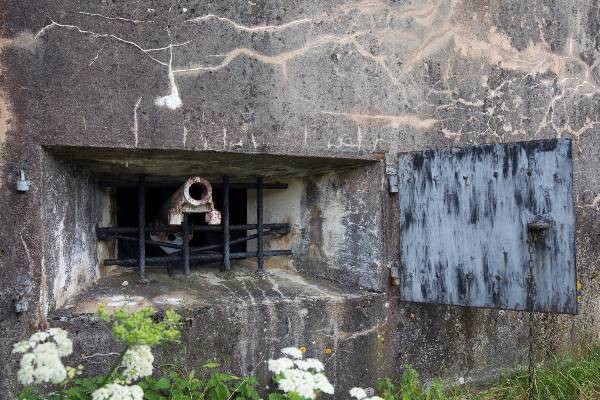 Visit the marks of the battle of Verdun

Map with all the stops

Discover all the mentioned stops on this map.

Series: the battle of Verdun

Verdun played an important role in World War I. Because it’s important to remember, we decided to write a piece on the incidents in this region. In our first part of our series we wrote some history om the battle of Verdun. In this blog post, we take you on a day trip around Verdun past the many visible war memories. The Fort of Douaumont, the many trenches, underground forts, casemates, graves, monuments and museums all remain silent witnesses to one of the greatest battles of the First World War. In Part 3, we’ll take you on a citytrip to Verdun itself.

PrevvorigeOne year and so many experiences richer 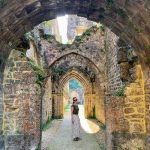 Visit the Abbey of Orval

Orval’s brewery has much more to offer than just beer. Discover the beautiful gardens, the old ruins, the former monastic life and the brewing process. Enjoy the aftertaste in the brasserie next to the brewery or at home with a piece of delicious abbey cheese and a glass of cold abbey beer. 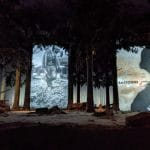 Bastogne played a crucial role in the final months before the end of WWII. At the Bastogne War Museum you relive ‘the Battle of the Bulge’ through the experiences of four characters.

Éislek, in the north of Luxembourg, is a hiker’s paradise! The trails are well laid out and the views phenomenal. We explored the area around the lake in Bavigne. A challenging hike of about 10 km, but so beautiful!

Looking for inspiration? We’ve collected some great tips from travelers in the region on Pinterest.

This site uses Akismet to reduce spam. Learn how your comment data is processed.